Hosted on Harley-Davidson’s Instagram account through June 21st, The No Show features 60 builders from 10 countries. Half of whom come from the postponed Mama Tried, Congregation Vintage Bike & Car, and Born-Free motorcycle shows. Harley-Davidson invited the other half. They span a range of styles, eras, and geography. The bikes roll out in batches every day for five days with awards being given out at the end of the week.

Those visiting The No Show can scroll through the array of bikes. Tap into your favorites and see a personal video of each builder walking through his or her masterpiece. Dotted throughout the bikes will be all the nuts and bolts of every motorcycle show—music, merch, and awards. After checking out custom builds, attendees can scroll to the virtual “stage” to listen to acoustic sets by The White Buffalo, Hollis Brown, and The Kenneth Brian Band. There is also a “merch booth” featuring ultra-limited-edition The No Show t-shirts. 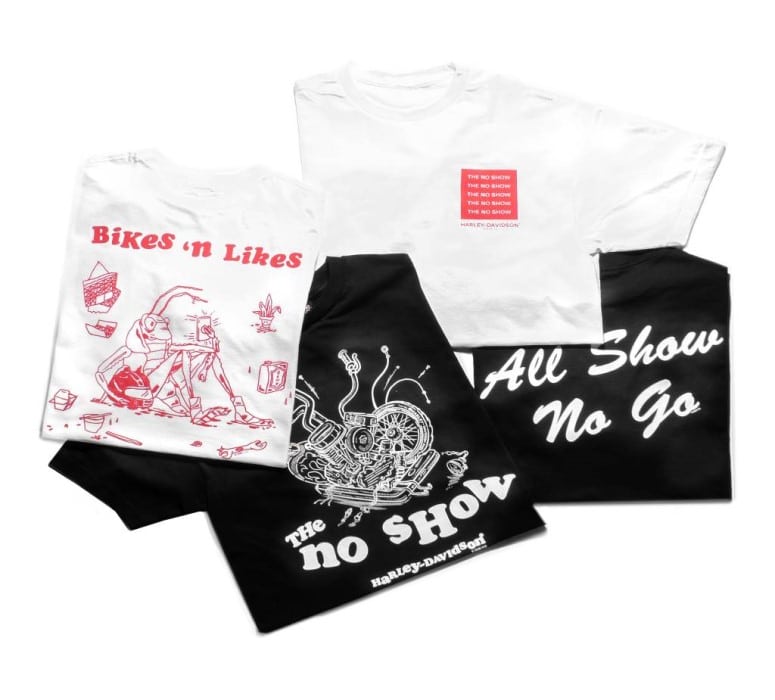 “The No Show is a platform that provides everyone from enthusiasts to new riders a place to converge and celebrate the diverse artistry that comes with custom builds,” said Patrick Holly, brand director at Harley-Davidson Motor Company. “As a way to show our gratitude to the builders that helped make The No Show possible, 100 percent of show t-shirt sales will go directly to each invited builder.”

On the last day of the show, Sunday, June 21st, three builders are to be recognized for their achievements in ingenuity, artistry, self-expression, and ability to pave a new road in customization. One winner will be selected from each of the following categories to receive a one-of-a-kind award created by Harley-Davidson designers: 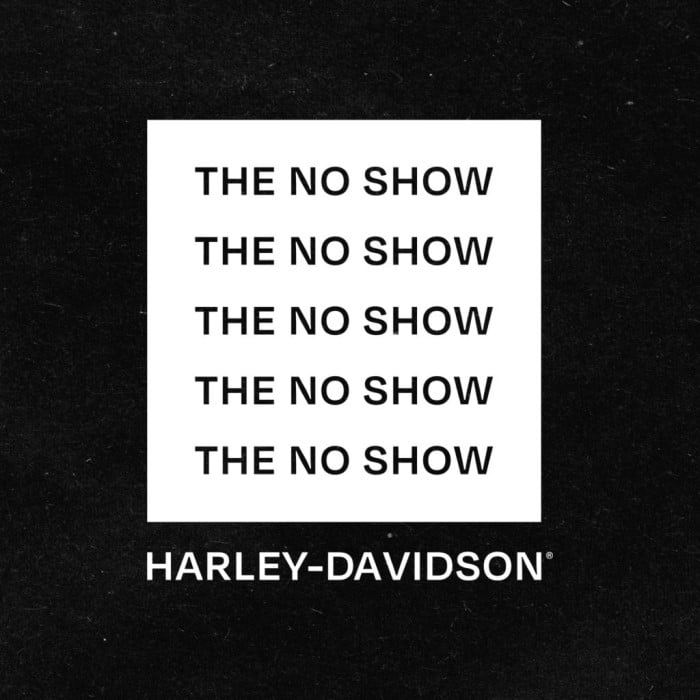