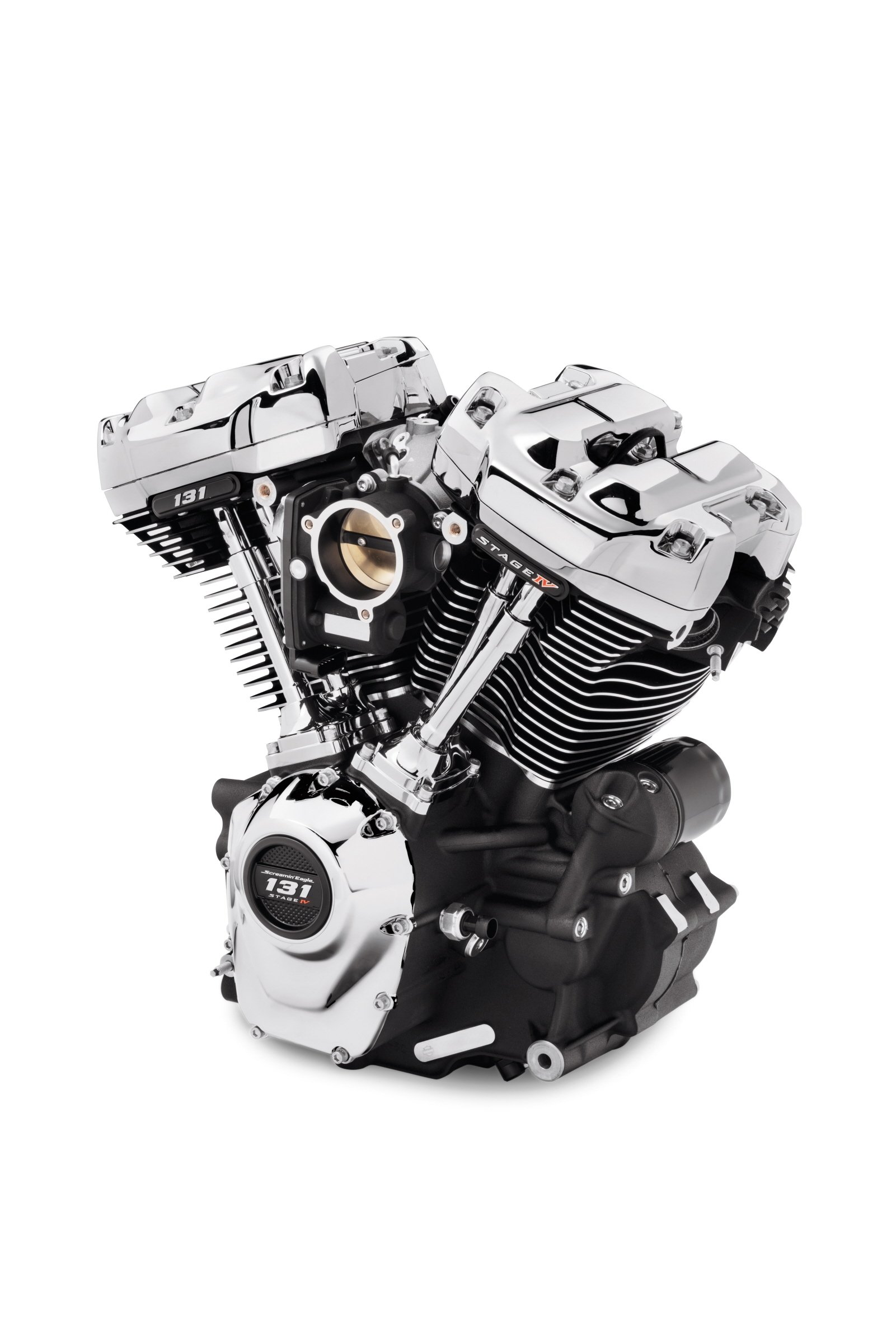 Each Screamin’ Eagle 131 engine is detailed with 131 Stage IV badging on the cylinder heads and timer cover. The engine is available in a choice of two finish treatments to match original motorcycle styling or a custom direction – Black and Chrome or Black and Gloss Black. There are also versions of the engine to fit motorcycles originally equipped with an oil-cooled Milwaukee-Eight engine and those equipped with the Twin-Cooled™ Milwaukee-Eight engine. The Screamin’ Eagle 131 engine is eligible for Custom Coverage under the motorcycle’s factory 24-month vehicle limited warranty when dealer-installed by an authorized H-D Dealer within 60 days of vehicle purchase, and is otherwise backed by a 12-month limited warranty.

Complete fitment information can be found on H-D.com.