When one thinks of performance Harley-Davidson, the FXR, Dyna, and of course, Sportster immediately come to mind. And the best of these bikes in the `90’s and early `00’s came with mid-controls. By the time H-D decommissioned the Dyna and the new Milwaukee Eight-powered Softails hit the scene, mid controls were 3/4-mids and were more forward than under you. And true performance riding and handling suffered. Once the M8 Softail hit the streets with the longer mid controls, a few people took heed and started making their own brand of true mids. One of these companies was So Cal Mids. 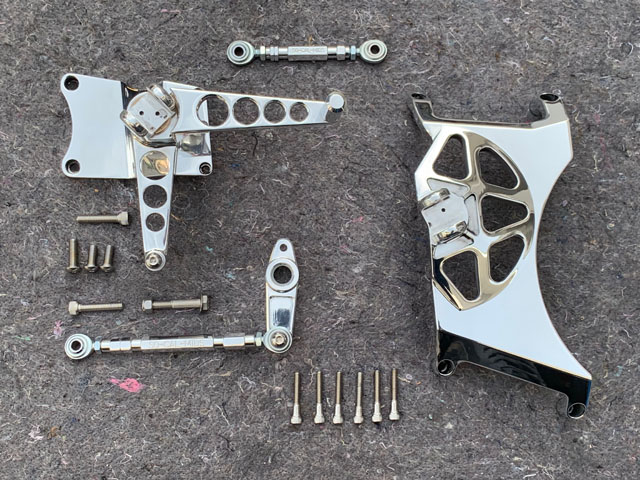 The crew at So Cal Mids makes the easiest bolt-on kit we have found. Unlike the other mid control kits the So Cal Mids version uses the stock rear brake master cylinder. This keeps the kit’s price down and eases installation too. We ordered a set of polished mid controls, but they come in either raw or black as well. 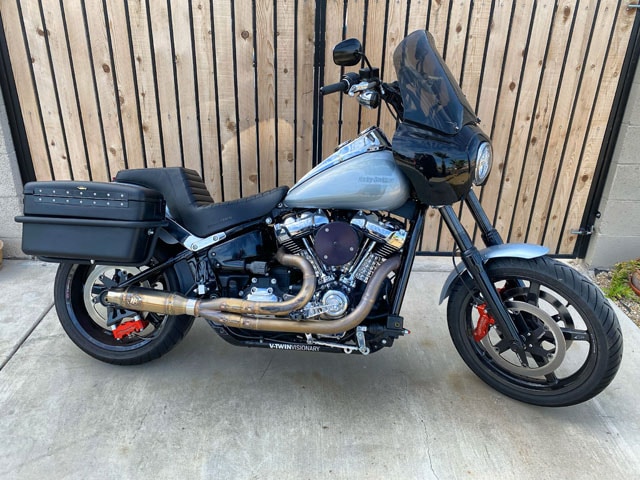 Once we received the mids kit we installed it on our project bike known as the #VTVlowrider. The bike had a stock rear shock, and a set of 4-inch over fork tubes from Topline Tubes with a GP Suspension cartridge kit (look for a 1000-mile thrash test on this fork soon). Also, it had a Horsepower Inc pipe on it (have you seen the 100-Mile Thrash Test on it?). It also had pegs we lifted off a H-D Fat Bob. 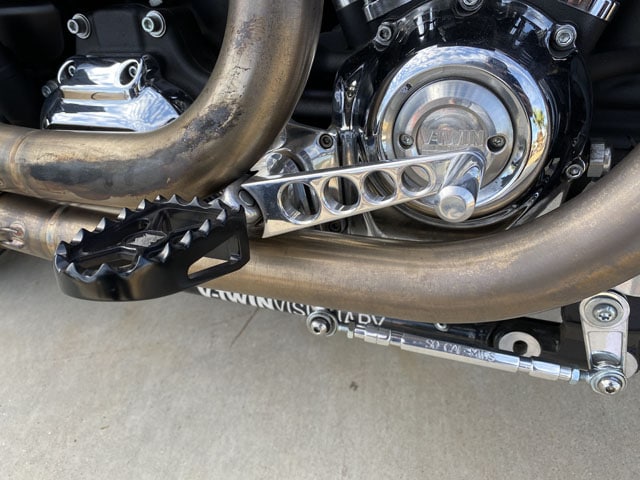 We removed the stock foot controls and the So Cal Mids went on with no issues. When we put the Horsepower Inc pipe back on that we had to get a bit “forceful” with the clearance issues we encountered. This isn’t our first component incapability rodeo, so out came the hammer and file and we made the pipe and the mids work with one another without issue. We like to say “custom parts require ‘custom’ installation.” And they usually do. This ain’t LEGO, kids. 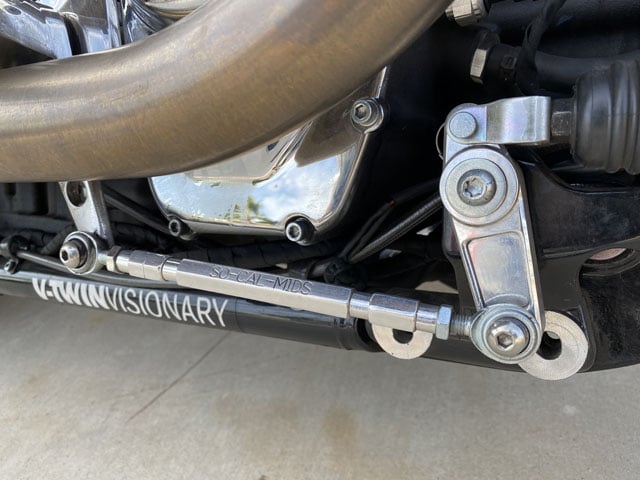 Once the bike was off the lift and we hit a few miles on the road, we found the So Cal Mids had a really good riding position. It felt a lot like our project 2001 Dyna FXDXT and 1993 FXR. It is no secret that the rear brake on the new H-D Softails leave a bit to be desired. That’s due to the small caliper that’s smartly tucked into the triangle of the swingarm. H-D gets 100 points on the looks of the rear brake caliper and 20 points on performance. 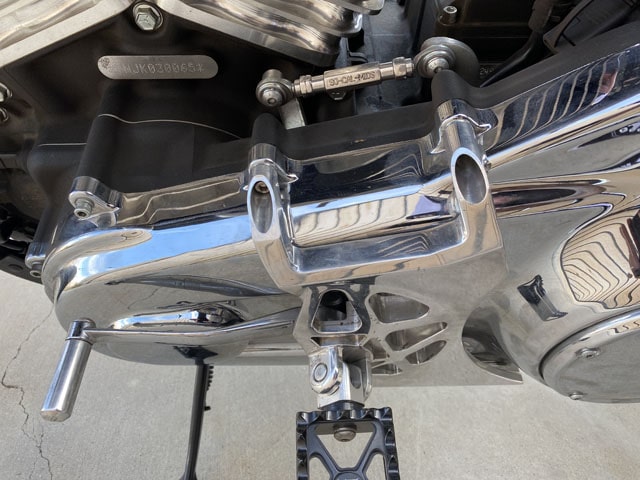 We then upgraded to a set of Beringer Brakes/Rotors (more on that in a future 1000-Mile Thrash Test). After that the braking, even with the stock master cylinder, was much better. We also added a bit longer shock from a 2020 H-D Softail Fatbob with the knob and all the accompanying adjustments. This helped the overall feel of the bike greatly. 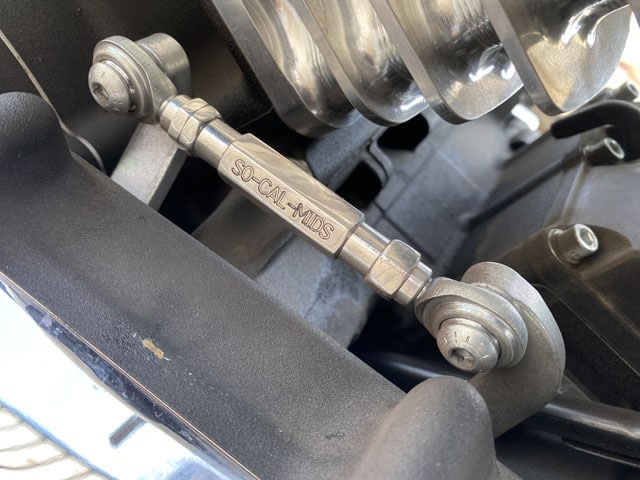 The true test of the So Cal Mids was a week in Tennessee riding Deals Gap, Tail of the Dragon, Skyline, and Blue Ridge Parkway. The mids’ position was perfect for riding some of the best byways and twisties that this country has to offer. No matter the hairpin or S-turn the So Cal Mids mounts never scraped the tarmac. Due to the controls being true mids, we had to get off the bike a few times and stretch our legs periodically.

The breakdown of our test crew goes like this; Jeff G. Holt is 5-foot 10-inches and he felt they fit great. Danny Wilson is a bit over 6-feet tall and he felt cramped a bit after 50 or so miles. Savanna Rose is 5-foot 6-inches; a very petite rider and she felt comfortable on them for all day riding. Everyone’s boots melted on the pipe with the small H-D pegs, so we hit up Boosted Brad and got some of the Death Metal Racing Bear Trap and Mini Bear trap pegs. Look for yet another 1000-Mile Thrash Test on them. That did the trick of getting our feet away from the pipe.

Our findings were these. These pegs put your feet in a much more performance-oriented (ie aggressive) position. So expect it not to be so comfortable until you get used to them. By locating your legs directly under you, the bike feels a ton better when riding both highways and canyons. But like we stated before, if you want all-day comfort then keep your stock mids and/or forwards. If you want your Harley-Davidson to handle more like a sport bike, then consider adding these to your list of performance upgrades along with better suspension and brakes.