One of the first things people change when buying a new Harley-Davidson motorcycle is the exhaust. This is due to many factors. The current crop of H-Ds pack catalysts in the pipes which makes them very heavy and flow inefficiently. Moreover they sound more like a sewing machine than an American air-cooled V-Twin. There are lots of exhaust manufacturers making all sorts of different pipes with different styling. But the 2-into-1 short style pipe has risen to the top ranks of popularity over the past few years. Like the TBR Gen II Motorcycle Exhaust we’re testing. 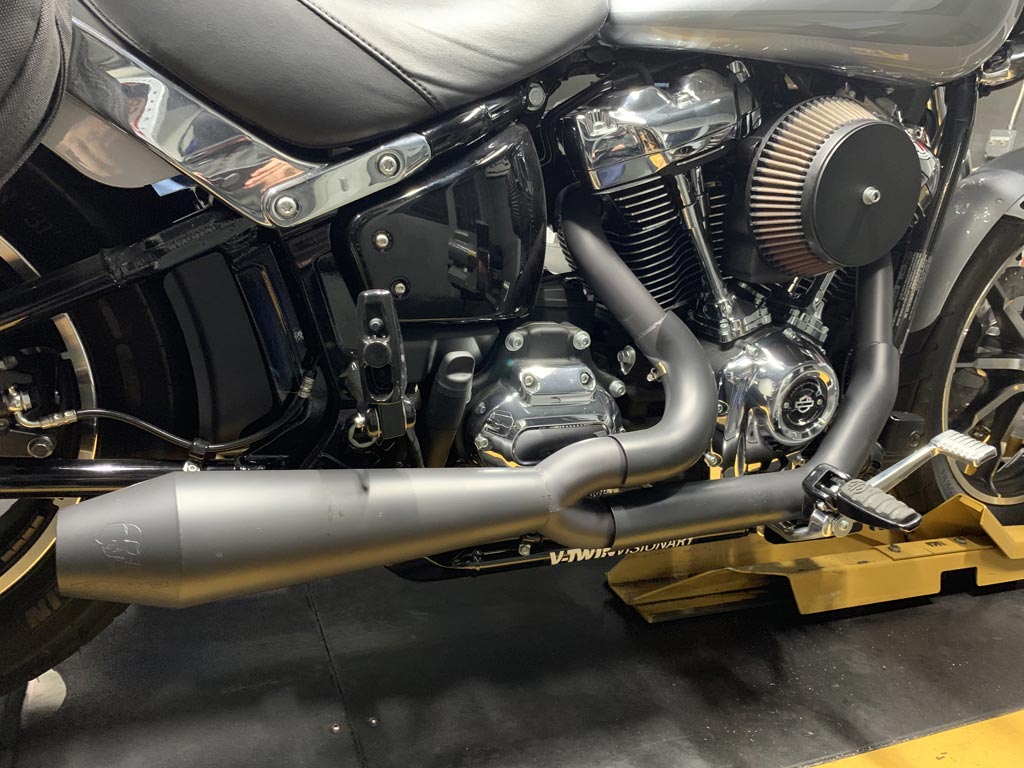 The TBR V-Twin (aka Two Brother Racing) pipe is one of said shorty two into one pipes. It’s called the Gen II pipe because it’s the 2.0 version of a 2-into-1 exhaust for them. The first version of their pipe was plagued with issues. For starters, its rear carbon fiber caps fell off and the mounts cracked prematurely. We’ve heard both of these issues have since been fixed. So we were hoping that TBR learned something while heading back to the drawing board for the Gen II.

When we first saw the pipe we thought it looked an awful lot like a Stealth pipe. So much so I called the folks at Stealth and asked them if they were making them for TBR. After finding out that Two Brothers makes them in-house in the USA, we ordered one in a black ceramic finish. When we received the pipe it was indeed in black. However, it arrived with a scratch in it as well as some discolorations throughout the pipe and the heat shields. That made us “perfectly overjoyed” after spending $850 on a pipe. We probably could have returned it, but figured we would just get it on the bike and on the dyno to find out what it could do numbers-wise. 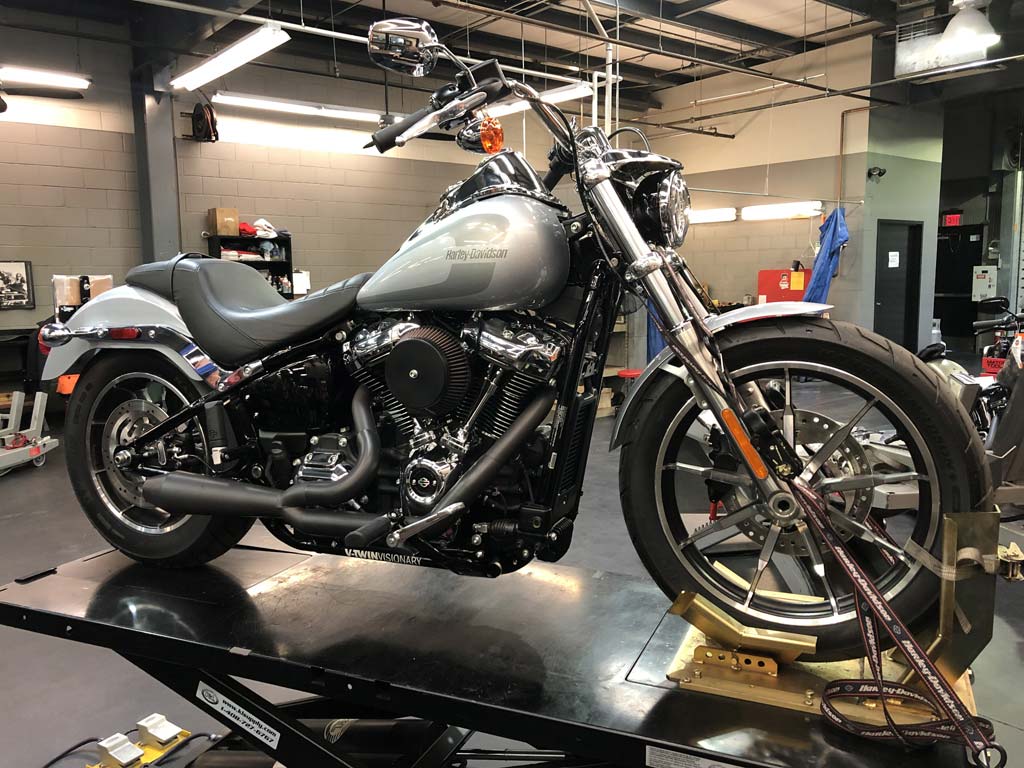 We installed the pipe on the project #VTVlowrider. It had a stage one high-flow H-D air cleaner and we tuned it with a Dynojet Power Vision just like all the other brand pipes we had tested so far. The pipe installed pretty easily, but it could have been welded up a bit straighter at the factory. The bike had been dyno’ed previously with a stock best dyno run of 76.64hp and 101.73tq. The best dyno run we coaxed from the TBR Gen II pipe was 88.70 and 108.53tq. These numbers were not what we were hoping for, to say the least. 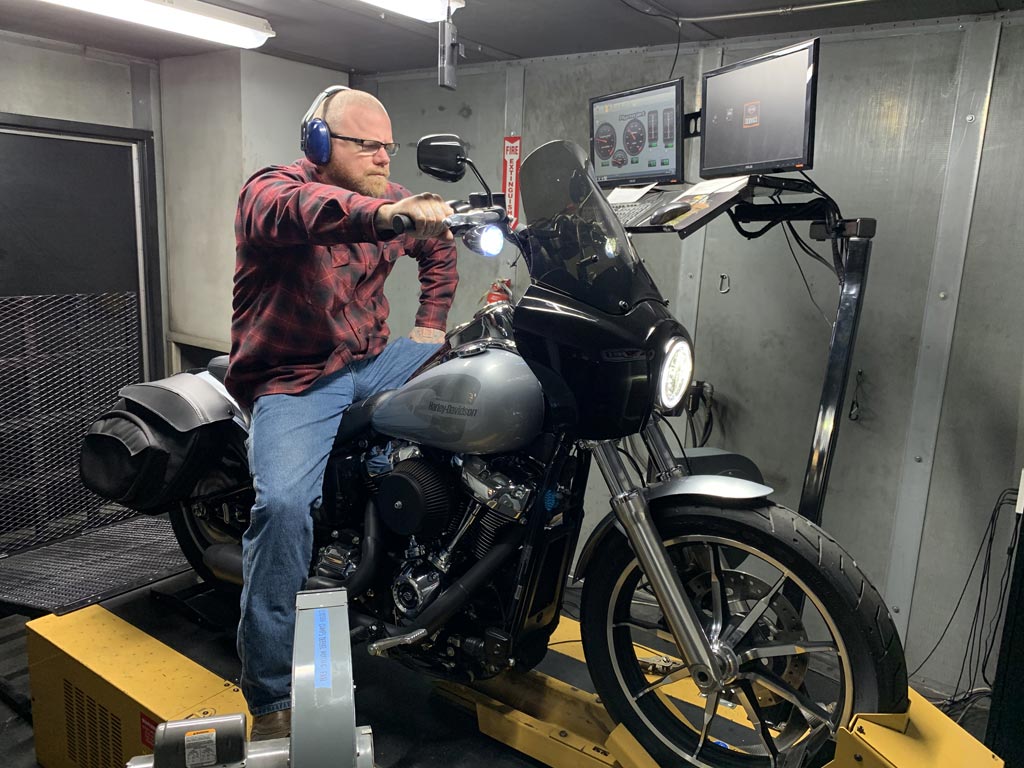 The S&S Super Street 50-state legal pipe (with a catalytic converter in it) makes the same horsepower. And the TBR was a free-flowing pipe. We talked to a few people in the industry about why this pipe didn’t make big horsepower numbers. That revealed our best guesses to be true. The TBR pipe is too short to perform and didn’t have equal length head pipes. Those two factors hamper the vital back pressure or positive flow of exiting gasses that the new Milwaukee Eight engines crave. 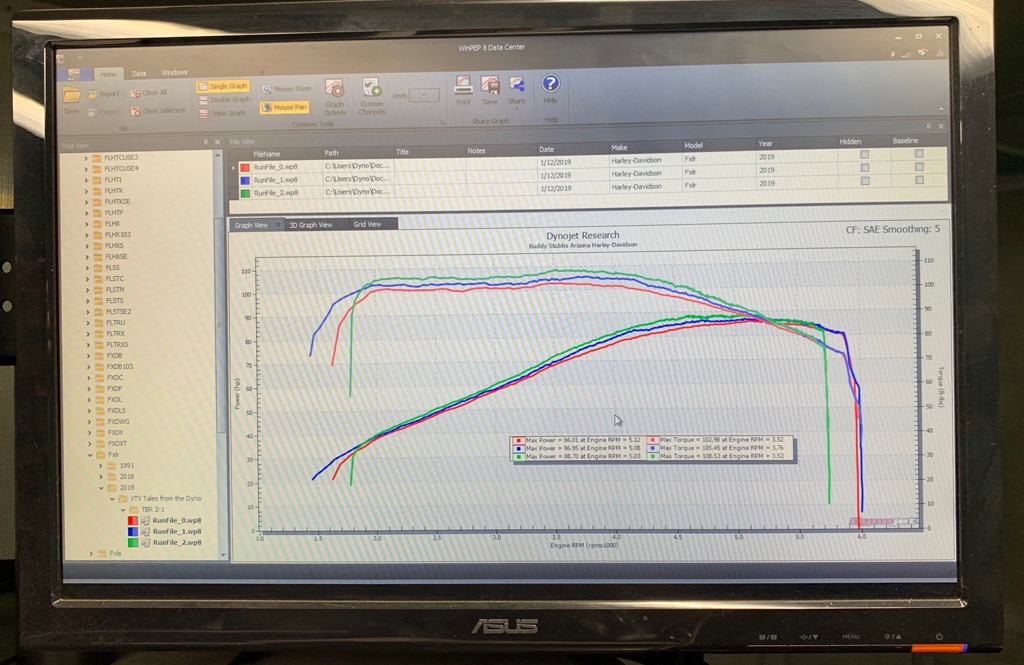 We rode the bike for 1000 miles to see how the pipe lasted. The finish became chalky to the touch after about 300 miles. We tried everything to bring the blackness back, to no avail. We constantly tightened the rear bracket about every 250 miles, which was very annoying.

In conclusion the Gen II motorcycle exhaust, like its predecessor, needs work for us to suggest buying it. Addressing the fit and finish is necessary and so is a better design to increase horsepower and torque. Sorry, but there are a many better American-made 2-into-1 pipe choices on the market for the money. We suggest looking at literally all of them first.